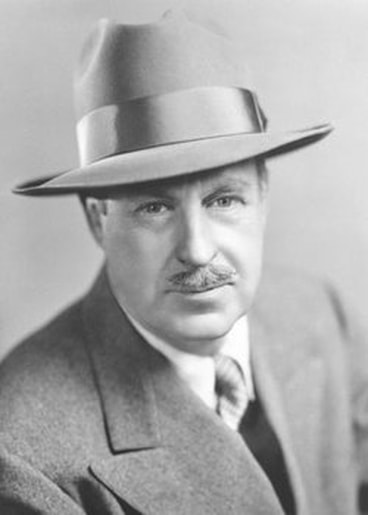 Drew Pearson, the Muckraking Journalist With the Bully Pulpit.

Back in the days when newspapers ruled, nationally syndicated political columnist Drew Pearson ranked first among all journalistic jackals for his influence on public opinion. Pearson’s “Washington Merry-Go-Round” appeared daily from late 1932 until his death in 1969.  During that time, the gutter-dwelling, left-wing libeler helped to shape history, though not in a good way. According to his one-time writing partner, Jack Anderson, Pearson used journalism as a weapon against those he hated. When Pearson had to choose between a story’s fairness and accuracy or his desire to trash an American patriot / conservative, Pearson always attacked.

In May 1934, Pearson published a hit piece accusing Army Chief of Staff Gen. Douglas MacArthur of “dictatorial, insubordinate, disloyal, mutinous and disrespectful” actions during the crackdown on the 1932 Communist-led “Bonus March” in Washington DC — so named because  a bunch of World War I vets demanded their bonuses 13 years early. MacArthur had broken up the Marxist-led mob of 45,000 by force — using tear gas and tanks commanded by General George Patton. Enraged by Pearson’s claims, MacArthur sued Pearson — which must have scared Pearson because he would not have been able to prove his false claims against MacArthur. After a Democrat Congressman informed Pearson of an alleged affair that the general had with a Filipino actress, Pearson used that bit of dirt as a threat to force MacArthur to withdraw his action.

After FDR had deliberately-induced the Japanese attack on Pearl Harbor, Pearson — eager to see the US come to the rescue of the Soviet Union — reported that 90% of the US ships docked there were destroyed. In reality, about 30% were destroyed. Typical Pearsonism.

During the first few years of America’s involvement in World War II, Pearson, although a Roosevelt-lover, criticized FDR’s conduct of the war. As a supporter of the Soviet Union, Pearson was frustrated with the delay in creating a second front in Europe to take some of the pressure off of his beloved Soviets. He complained that the Soviet Union was being “bled white” by the lack of a second front. Pearson’s chief “aide” during this time period was David Karr, a disgraced former employee at the WW2 propaganda agency, OWI (Office of War Information). Karr (born “Katz) was not only a supporter of various communist front groups; he was also a former employee of the Communist newspaper, The Daily Worker and evidently Pearson’s assigned handler — (one under every rock!).

After a front was opened up in Africa — then southern Italy — in 1943, Pearson redirected his filth toward the legendary anti-Communist American general — George S. Patton. Pearson, having been fed information by his Communist friend — Ernest Cuneo, the OSS (CIA forerunner) — breathlessly broke the story of Patton’s slapping of Jewish shirker-soldier, Charles Kuhl, for having checked himself into a medical facility for “bad nerves.” Demands for Patton to be recalled and sent home soon arose among certain Communists in Congress as well as in newspaper editorials across the country. You see, though the commies wanted to win the war against Hitler– they also dreaded the idea of a formidable anti-Communist like Patton becoming a living legend which they would have to contend with later on. However, public opinion favored Patton. While he was later reassigned, he was not relieved; and would later, out of necessity, take command the U.S. Third Army. It was left to the OSS (with Eisenhower’s cooperation) to murder Patton soon after the war had ended in 1945.

In the late 1940s, Pearson made false allegations against the anti-Communist Secretary of Defense James V. Forrestal. Pearson told his associate Jack Anderson that he believed Forrestal was “the most dangerous man in America.”  He hounded the honorable Forrestal, insinuating that he was guilty of corruption, without ever providing any detailed allegations of wrongdoing. The lowest blow came in 1949, when Pearson wrote that Forrestal had once run away during a holdup — leaving his wife behind defenseless!

After the end of the war, Pearson began citing “anonymous sources” questioning Forrestal’s mental condition. He unrelentingly continued his attacks on Forrestal, both in columns and radio broadcasts, and he berated President Truman for not firing  him. Truman then asked for Forrestal’s resignation. After Forrestal’s “suicide” in May 1949 (caused by a fall from a 16th-floor window of the Bethesda Naval Hospital), Pearson wrote that Forrestal suffered from “paranoia” and had attempted suicide on four previous occasions. The claim was completely contradicted by the testimony of Forrestal’s attending physicians. Many in DC blamed the “suicide” on Pearson’s attacks.

We all know the story of how Communism suddenly exploded across Europe and Asia, and entrenched itself in America, during the years following World War II. When the great Senator Joseph McCarthy launched his investigations into this post-war treason of both foreign and domestic affairs, he became Pearson’s ultimate nemesis .

In 1950, Pearson began attacking McCarthy after the Senator had declared that he had a list of 205 people in the State Department that were members of the American Communist Party. McCarthy counter-attacked Pearson, calling for a “patriotic boycott” of his radio show which cost Pearson the sponsor. Twelve newspapers also cancelled their contract with Pearson. McCarthy referred to Pearson’s aide, David Karr, as his “KGB handler” — a fact later confirmed by the 1994 declassification of the “Venona Intercepts.”

In December 1950 McCarthy and Pearson were involved in a brawl at the Sulgrave Club in Washington, D.C. The two men had traded insults over dinner. Later on, when Pearson went to the cloak room, he was grabbed from behind, spun around, slapped, choked and kneed in the groin by McCarthy. As the fight was broken up by a young Senator Richard Nixon (R-CA), Pearson ran away like the cowardly shit he was. McCarthy then said to Nixon “You shouldn’t have stopped me Dick.”

After McCarthy began investigating communist infiltration into the military, President Dwight Eisenhower instructed his minions to cooperate with the Communist Pearson in taking down McCarthy. The investigation stopped after 1954 and McCarthy, like Forrestal, died mysteriously in 1957 — like Forrestal, at Bethesda Naval Hospital.

****
The writer of this Slimes book review, as well as the Fake Historians who have written about Pearson, unanimously (and out of necessity) all concede  that Pearson played fast and loose with the truth. But the general spin is that although his methods weren’t always professional, he was serving a higher cause. The close of this article sums it up:

“When Pearson died, this newspaper (NY Times) editorialized about his “pugnacity,” “vindictiveness” and “irresponsibility.” But it also lauded his “fearless dedication to the belief that the independent and resourceful reporter is the indispensable guardian of good government.”

Unlike those of many historical figures, Drew Pearson’s contradictions were pretty well understood even in his own time.”

In other words, if you’re a Marxist / Globalist, then sleazy shoddy, slanderous journalism is forgivable. The ends justify the means. 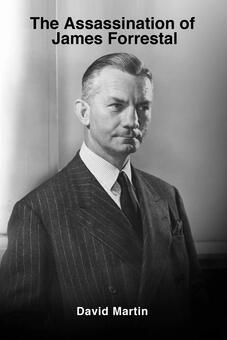 Joe McCarthy outed both Karr and Pearson as traitors, and history has proven his assertions about Karr being a Soviet agent to be correct.

It’s no surprise that scum like LBJ and the ageing Pearson got along.