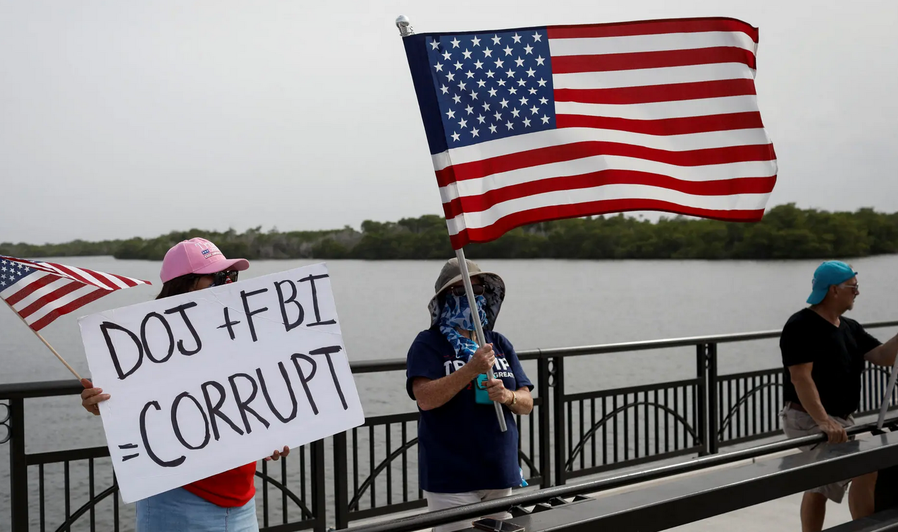 NY Times:As Right-Wing Rhetoric Escalates, So Do Threats and Violence

Both threats of political violence and actual attacks have become a steady reality of American life. Experts blame dehumanizing and apocalyptic language.

In the wake of that very strange “FBI raid” on Trump’s Florida estate last week, the “latest thing” talking points — with Sulzberger’s Times at the fore — have been dutifully distributed to the deranged denizens of the tyrannical kingdom of Libtardia. From the hallowed halls of quackademia, to the camous coffee shops, to printed propaganda, to the tell-lie-vision, to the Social Media activists, to the homosexual bath houses — the thoughtless Marxist Mantra now is all about “right wing violence.”

From the article:“Scholars who study political violence point to a common thread: the heightened use of bellicose, dehumanizing and apocalyptic language, particularly by prominent figures in right-wing politics and media.

Several right-wing or Republican figures reacted to the search of Mar-a-Lago not only with demands to dismantle the F.B.I., but also with warnings that the action had triggered “war.”

This “latest thing” about “right wing violence” offers us an excellent “teachable moment” to set the historical record straight as to the history of political violence in America — a murderous phenomenon that always has been, and still is, almost exclusively a left wing problem.

A trip down memory-hole lane for just a few past events.

There are plenty more incidents of Leftist violence — worldwide as well — always committed under the orders of and with the protection of “higher powers” that we can add to that list; but you get the point. This “right wing violence” theme is just another classic case of psychopaths and liars projecting their evil and their insanity onto us.

And mind you, that’s just the low-level violence carried out by the foot soldiers. Far more serious and deadly is the state-ordered military violence that has been imposed upon so many millions of innocent people by the very same Globalist Cabal that is now sanctimoniously wringing its hands over the mere language that some us “right wing” patriots are using.

Have a look at this list of “violent” acts — all of them genocidal and all of them enthusiastically cheered on by the oh-so peace-loving “paper of record” and the rest of the Jurisprudence while we of the true “far right” were yelling “Stop!”

Oceans of blood! Ah, so “non violent” is the Globalist-Marxist Left, eh? Frankly, a bit of actual violence directed at the devils who have been physically and mentally torturing innocent humanity for so long wouldn’t be such a bad thing. But let’s leave the killing to the White Hats — who will do it legally. I just hope we get to see some of these characters executed on TV one day — journalists included.